The day started early…around 5:30 or so, I began loading the bike. I had done some re-arranging of my gear to make it fit a bit better on the bike and allow easier access to rain gear should the need arise. By about 6:15 or so, we checked out of the hotel and headed across the street to iHop for breakfast. Knowing that lunch was going to be later in the day, we loaded up on eggs and pancakes and were out of there by 7:00.

Our direction would take us north out of Amarillo up 287 pretty much the entire way until we hit I-70. Coming out of Amarillo, the weather was overcast and cool – mid-60’s. Perfect riding weather. A little windy, but the wind was out of the south and since we were going north, we had a perfect tail-wind. Traffic was light on the highway and we were making decent time. About then is when we smelled it.

Imagine the most god-awful stink you can think of…ok, now multiply that by 10 and you have just smelled a cattle yard. Initially, we didn’t even see it and the smell just hit us. Yikes, was it bad. For those of you not familiar with this area of Texas, Amarillo and some of the surrounding cities are known for their cattle yards and processing of meat. That’s how it makes it to your local grocery store. After about a mile, the smell dissipated and we were back to driving.

About 45 minutes down the road, we decided to make a pit stop in Dumas to top off and take care of some “business” post-breakfast. Now don’t get me started on the Dumas / “DumbAss” jokes. We tried to not snicker too much, but when we saw the Dumas police roll by, we did snicker a little. This proved to be fateful as I will explain later…

On northward through the panhandle of Texas some of the rolling nature of the land began to flatten and we were able to see miles and miles of prairie land. Nothing followed by more nothing-ness. We did run across a wind farm that we estimated had over 200 of those large electric generating windmills. Each blade is probably 100ft long. Amazing machines.

The wind was doing great initially being exactly at our backs, but then it shifted and began coming in over our left rear quarter. Wind speed was probably 30-40 mph. For those of you that have not ridden motorcycles, let me explain how this works. In a perfectly calm day, all choices of direction of travel are made by the driver. To steer the motorcycle, the driver pushes the handle bar in the opposite direction of how they want to go. It is called counter-steering. Huh? That make no sense! Sure it does, think of it like this. When the wheels are spinning they are creating a gyroscopic effect that causes the bike to remain upright. That’s what keeps it upright even at low speed. Without getting into too much of the physics behind it, that spinning wheel does not want to change direction and any turning of the wheel causes it to “fall” in the opposite direction. Turn the spinning wheel right and it wants to fall left to maintain the balance of the mass.

As I said, turn the wheel right and the bike falls left. This along with the shape of the motorcycle tire, allows the bike to actually make a left turn. Too prevent too much “fall”, the driver has to balance it with turns back in the opposite direction. It’s this constant balancing act that allow the driver the steer the bike through a corner. So what does this have to do with wind coming off the left rear of the bike?

Riding along with a wind coming in from the left pushes the bike to the right. Because the bike only has too wheels, it is much more sensitive to cross-winds than cars. If a driver maintains a straight up line and a wind comes along from the left, it will push the driver right. We were constantly fighting this wind by steering right, “falling” left and keeping the bike in a somewhat straight line. So basically, we were trying to steer into oncoming traffic to keep the bike on the road. Nice… What’s worse is that on-coming traffic would create a vacuum where there was no wind and it would pull the bike right into the other lane. Seriously not fun!

We continued this fight for about 180 miles over all. We found that by going faster, it helped somewhat with the balance, but also just the mental hope that we would be out of it soon. We were traveling anywhere between 85-105mph to try and get through it quickly. Unfortunately, we rolled by an Oklahoma Highway Patrol doing 87. And while he understood our plight, gave us tickets anyway for 75 in a 65. Me, I think it was somewhat worth it to try and get through the madness as quickly as possible. 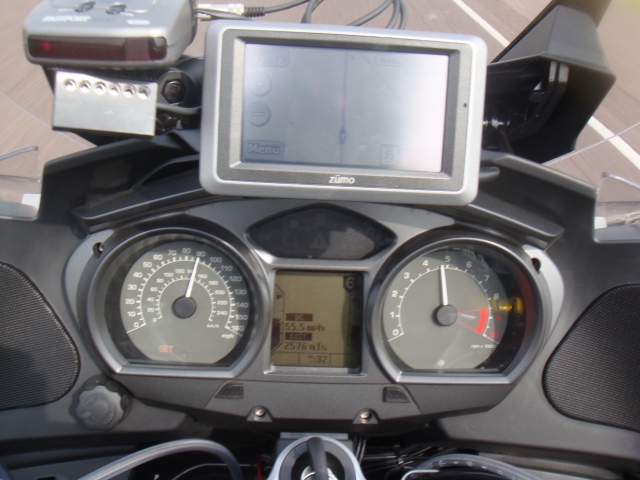 We stopped for gas and a rest in Lamar CO. Nice little town. Ate some beef jerky and drank most of a gatorade. By the way, the nothing-ness, continued all the way through eastern CO until we started heading toward Denver on I-70. We did stop in Limon as well to take care of some more “business” and hit the gift shop. I bought a patch that says “The Rockies” on it. I’m not really a fan of CO and their liberal ways so no state flags or anything like that.

Once we were on I-70 about 50 miles outside of Denver, we caught a glimpse of Pikes Peak. Just beautiful. A little hazy so it wasn’t perfectly clear, but gorgeous none the less. We didn’t see mountains again until we were about 20 or so miles from Denver. That finally gave us something to look at besides the flatness of Texas, OK and CO.

My buddy has a friend that lives in Aurora so we stopped to have lunch with them at a Chili’s. We topped off the fuel tanks and from there headed up the toll-way on to I-25. As we were traveling north, I kept glancing at the mountains. I imagined that they were calling out to me to come dance along their twisty roads which I desperately desired to do after the last 2 days of riding flat, mostly straight roads. Patience however. I will get there soon enough and then it will be time to play.

I-25 north from Denver thru Fort Collins sucks!! Traffic on a Saturday late afternoon was horrendous. The worst traffic we been in for the entire trip. Add to that, the temperature was around 91. Surprisingly hot. We could not wait to get through that. As we had just crossed over into Wyoming, a van comes hauling ass driving past us. We estimated that they were doing 110 or more as we were doing about 85 (the speed limit was 75 here, not 65). As we got closer to Cheyenne, we saw a WY highway patrol coming the opposite direction, make a hasty u-turn and flew past us doing probably 120-130. Presumably to go catch that van. We never did see what happened as the exit to our hotel came up too soon.

Made our way to the hotel, a Holiday Inn Express. Cleaned up and went to dinner at a restaurant called Shadow. It’s an old train depot and supposedly one of the most important pieces of western architecture from the late 1800’s. Cool place; was recommended by a friend and I’m glad we went. Water, beer, whiskey, chips and salsa, pulled pork with sweet potato fries (in that order) was enough for me. Made it back to the hotel, to the room and crashed. 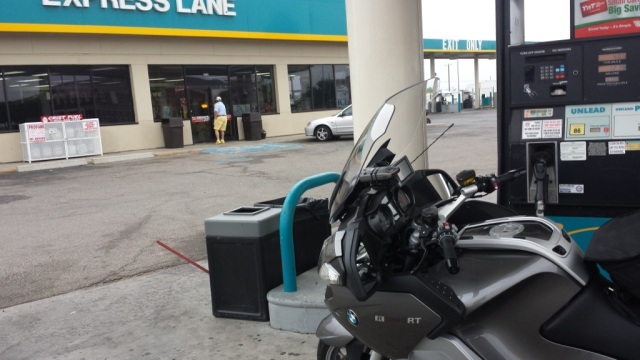 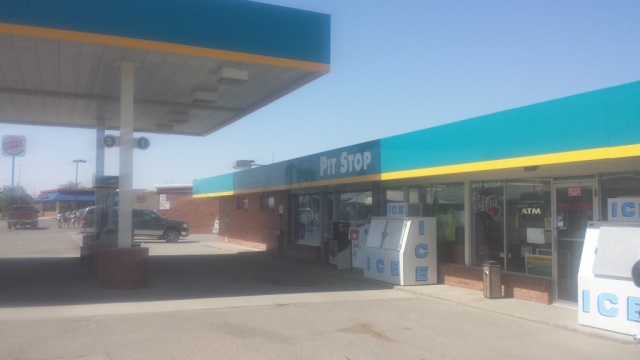 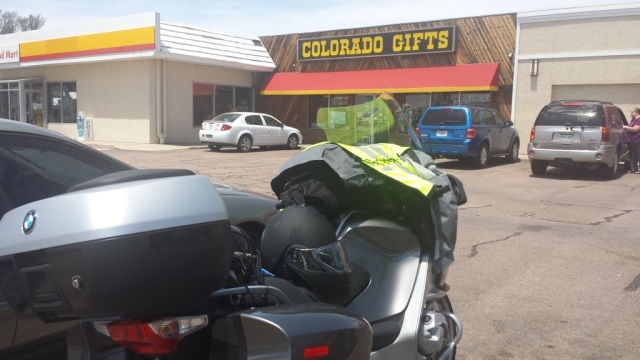